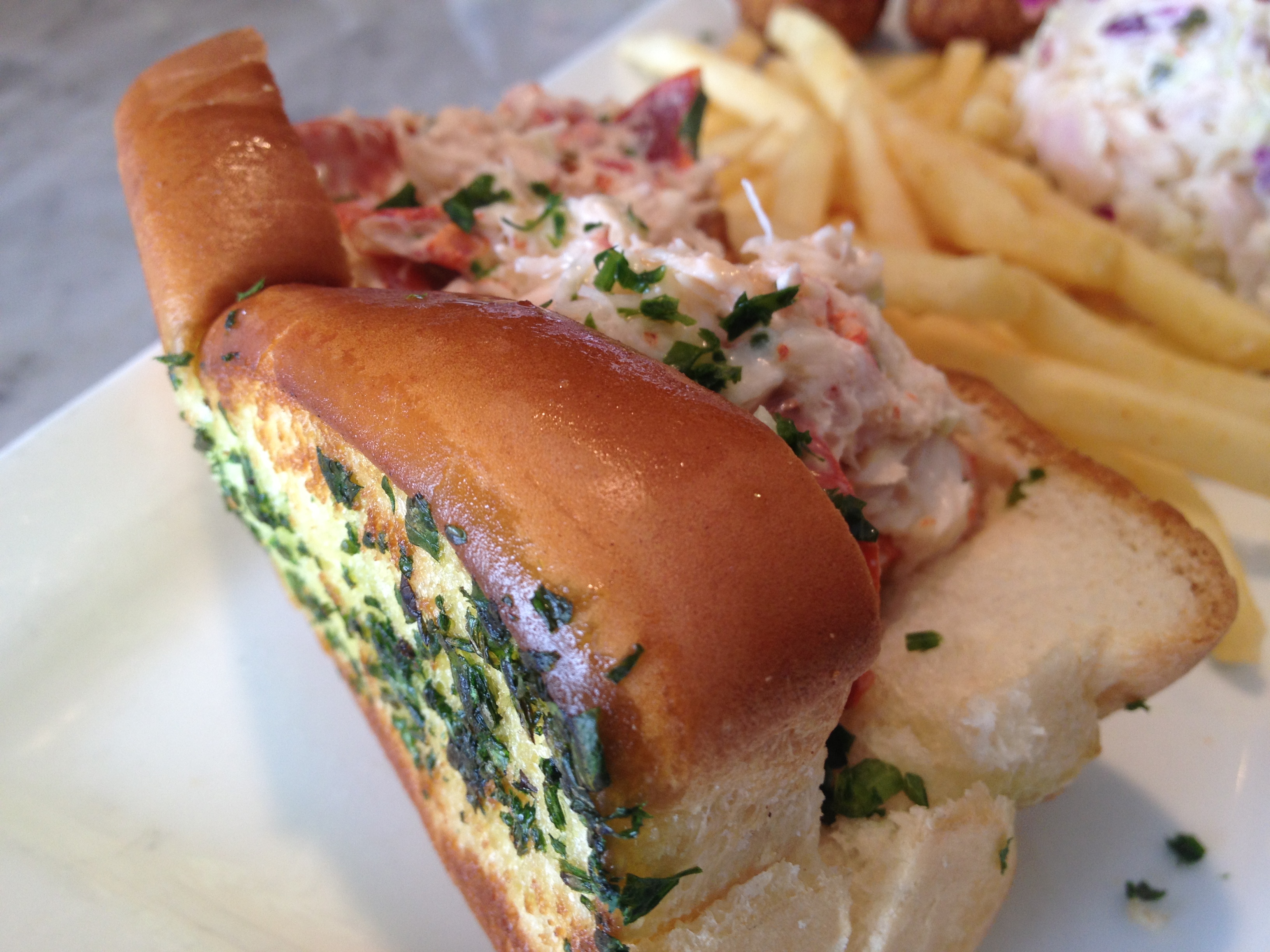 After stuffing my face with lobster rolls in Boston for three days, I believe it really comes down to a person’s own preference. Some people like a lobster roll in the form of a lobster salad, while others are appalled at the very thought. Hardcore lobster rollers seem to be fond of never frozen real deal lobster meat, minus mayo getting in the way.

Sea Breeze Fish Market & Grill’s lobster roll is often compared to Rex’s Seafood— and with good reason. After having lunch recently, placing these two in the same sentence makes sense.

Even though the lobster roll at Sea Breeze is a type of lobster salad, it doesn’t take away from the amount of lobster resting inside the delicious toasted split top bun flown in from some important place up north. They can get away with the salad part because it isn’t affecting the amount of lobster at all. Some places make lobster roll lovers sad when they try to fluff it up with all kinds of unnecessary ingredients in hopes of using less lobster. Sea Breeze is doing everything right.

It did seem weird to get ten fries. This side was smaller than a small size fry in a kid’s meal at McDonalds, which is not the end of the world. This travesty of fry injustice was minimal in affecting lobster roll joy. Besides, after scraping the bottom of the clam chowder cup, who cares about fries.

While almost all clam chowder becomes one with pork, this clam chowder managed to escape the wrath of the always included bacon. This cup of soup perfection produced the best tasting chowder I’ve had in Dallas thus far. I’m not saying I’ve had every cup of clam chowder in the city, but I’ve had a lot. Sea Breeze is next level fresh. I try not to ever say “next level” because these words are usually reserved for cool people on twitter. There’s really no other way to describe this particular cup of clam chowder.

Talking about decor is a bore, but there’s something about the way the inside of this building feels that’s perfect for lobster roll lunching. I felt like the seagulls from Rex’s website were going to start singing, but in a pleasant way. Sea Breeze is a quality restaurant serving the freshest seafood imaginable. I don’t think anything will ever compare to Neptune Oyster’s epic lobster roll in Boston, but there’s no doubt Sea Breeze holds its own around Dallas.