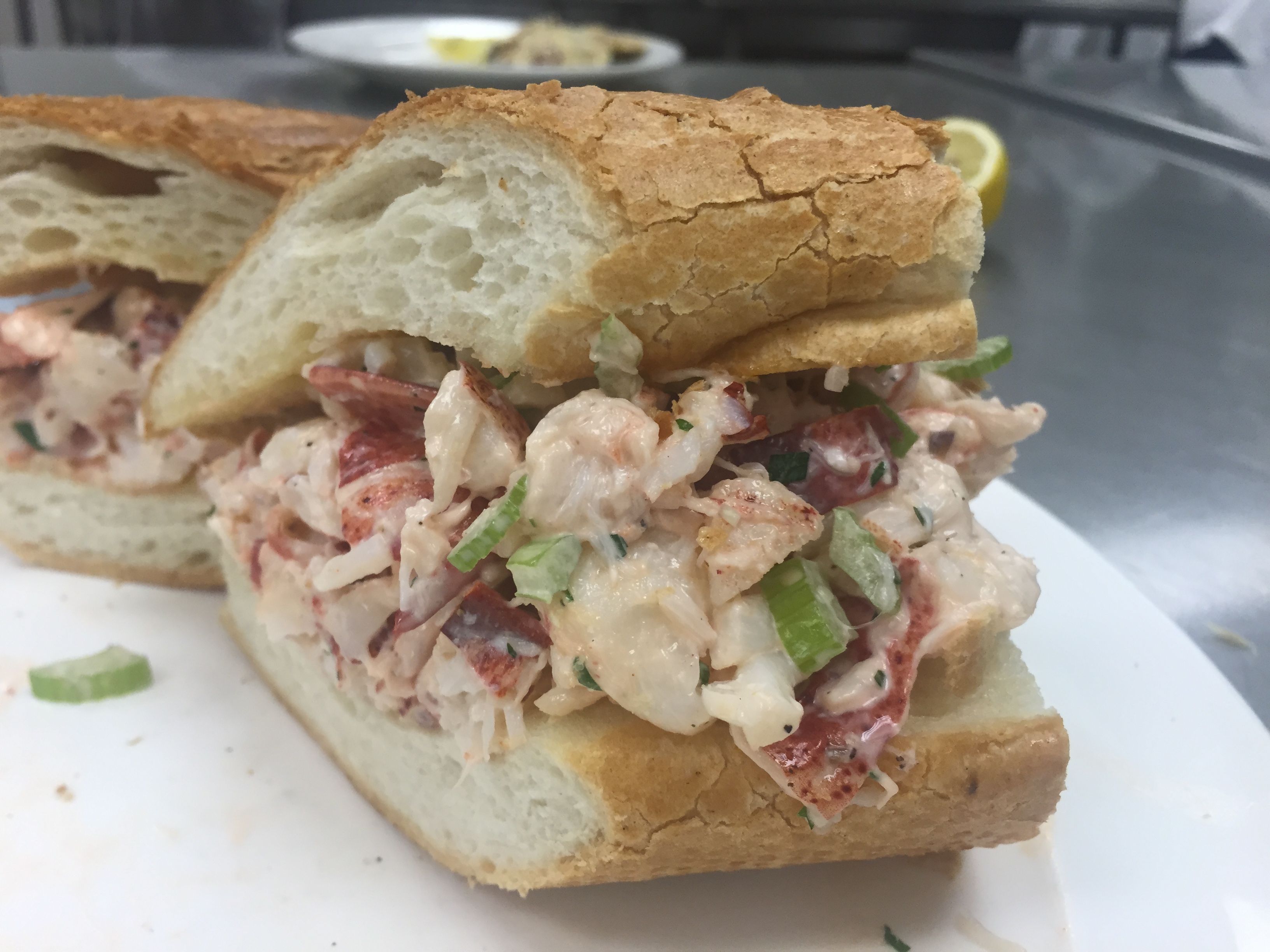 Pretending a lobster was never alive is the right thing to do. Being a pescatarian means the only food left that brings ultimate joy in life is seafood. Yes, it is gross to think of bottom dwellers and all of the other facts that come with this kind of food. I agree, but decided to repress it a long time ago. For some reason, seafood doesn’t hurt my feelings– especially lobster rolls.

The class I’m in right now is the very last class to take before beginning a three month externship. I have no idea where this externship is going to take place because Spoon isn’t open anymore. This externship will have to take place at a restaurant that doesn’t focus on food from the sea.

Friday was lobster day in restaurant rotation class. We had a choice to prepare the lobster any way we wanted, but we first had to watch a demo of the lobster being killed. Real chefs probably want to slap me for being bothered by the death of a lobster. I agree. Please, slap me. This is nonsense and it has to stop. I knew yesterday that nothing would stop me from killing and cooking a live lobster.

As my chef teacher taught, he showed us exactly how to take the lobster apart. The problem was that the lobster was moving while being cut. This should make everyone feel sorry for the dying lobster. Even though I say this, please remember I know food doesn’t just magically appear on a plate. I’m just whining right now, OK? It’s my blog and I just want to feel sadness about lobsters dying for our lobster roll pleasure.

I walked in to pick the lobster I would be killing. I had already asked permission to boil water in order to cause a swift death rather than a squirming-around-the-table-still-moving-after-being-cut death. It just felt right. After chef approval, the water began to boil. I decided to use my friend’s advice and under no circumstances make eye contact with the lobster. Touching the live lobster was also an obstacle I was ready to tackle. After grabbing tongs to pick up the sad, lonely, wishing-to-live-forever lobster, I fast walked over to the pot of boiling water and dropped her in without knowing whether or not she had ever had a chance to have lobster babies.

Look, being a cook in a restaurant means not being a baby. Toughen up. Get a backbone and a tattoo. This is the real world of cooking. Wait, where was I? Oh, I then took the lobster out of the boiling water and my classmate, Clark, confirmed the death of my lobster was reality. At that point I felt like a million bucks. Cutting a dead lobster doesn’t mentally hurt as much.

In the end, I prepared a lobster roll that my chef teacher said was correct. This translates into an A+ day, so please raise the roof.