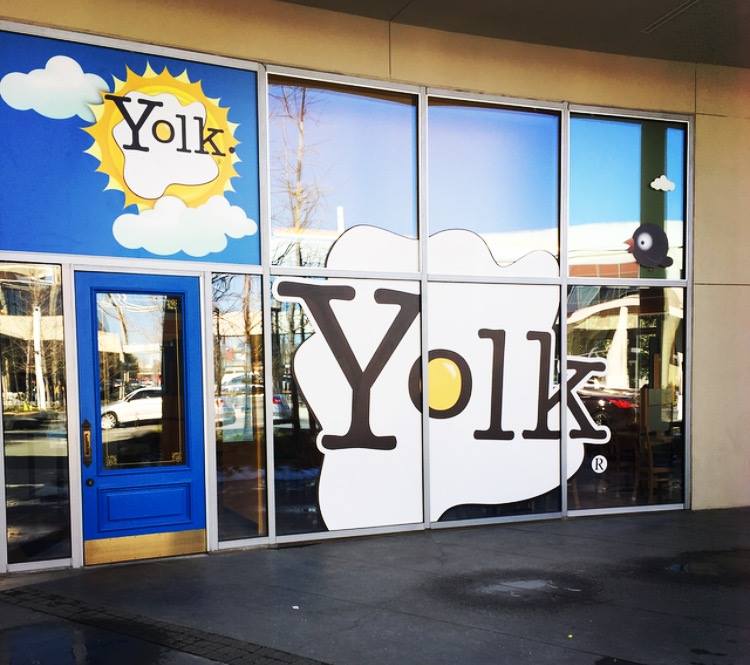 The best way to start talking about a restaurant experience is to be positive. If there’s something negative, waiting is the right thing to do. The very best news ever was finding out Yolk has a tuna melt. The tuna is served on whole grain toast on top of a tomato loaded with cheddar cheese.

Most importantly, the cheddar cheese is actually melted. Lots of Dallas restaurants don’t melt the cheese on tuna melts. This is why most tuna melt sandwiches should just be called tuna sandwiches. Don’t promise melt and give no melt. It makes customers sad. Yolk isn’t messing around with the melt, so please and thanks.

After good news, then bad news, all of the sudden there is good news again. The above mentioned expensive tuna melt is like having two tuna melts. That’s how much tuna will arrive when this dish is ordered. Smash it flat on the bread and you will see the massive load of tuna salad on your plate. Please, be excited.

The menu is gigantic. While perusing, I suddenly kept seeing 99 all over the place. It was like an explosion of 99– everywhere. That’s when I realized Yolk was pulling the old 99 cent trick. This is a visual mind game with numbers that has gone on since infomercials. “Buy this for $19.99– not $20.00.” Are you with me? Just stop. Please. I know sweating the small stuff is supposed to be a part of the past, but anything– anything but the 99 cent brain teaser. It’s just not right.

As for the overall Yolk experience, minus the 99 cent pricing crisis, things over there are on the up and up. Service couldn’t be better and the food I had was great. Poor people can easily share a plate with a friend. If I had a friend, I definitely would have shared the tuna melt sandwich with a side of fruit. Either way, the restaurant is bright and cheerful, so expect to feel happiness when Yolk is a part of your day.