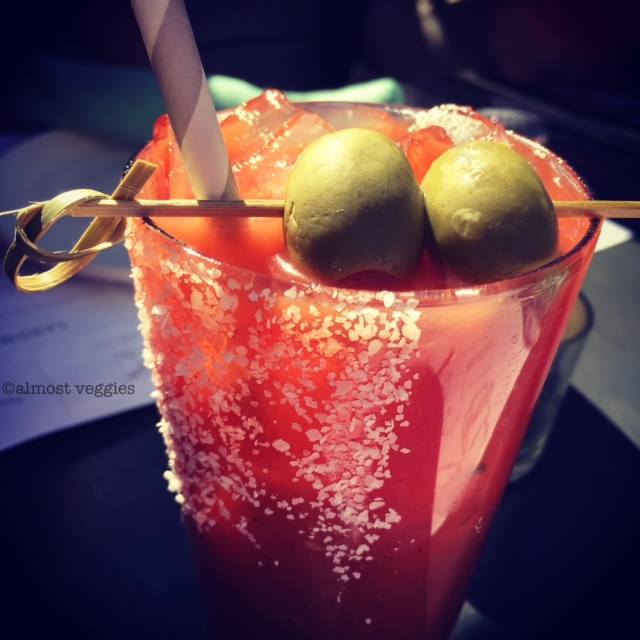 Remedy is located on Greenville Avenue, which should quickly be considered a big deal. Even though I still get lost around Dallas, I can tell this neighborhood has become the bomb. The first thing that can be classified as exciting is finding out Remedy’s menu has deviled eggs and a grilled cheese sandwich listed.

There’s so much fluff here and there about how great executive chef Danyele McPherson is that I just knew this was going to be the best new restaurant in Dallas. If it’s wrong to base a restaurant’s greatness on deviled eggs and a grilled cheese sandwich, then I don’t want to be right.

Moving further into the menu, fireworks began blasting into the sky after seeing shrimp & grits listed in the middle. It’s almost too much to handle. These three dishes are an all-time favorite over here. Add all of this happiness to the fountain section and just— stop.

Not to be a downer, but there actually is a small problem for almost veggie people. Pork is almost always somehow included as an ingredient in shrimp & grits. I have no idea why chefs have to do this, but they do. Sure, pork equals flavor, but come on. Nothing is as sad as saying goodbye like finding out grits have pig parts included. The rest of Dallas is happy about pork, so the best thing to do is move on with life while thinking positive thoughts.

Another bummer is that picky vegetarian people cannot have the fries or the fried redfish sandwich. I wanted the fried fish sandwich during brunch last weekend so much it hurt. They use the same fryer to fry meat and seafood, along with the fries. People at our table were making food-moaning noises with every bite of the fried redfish sandwich. There was a table beside us doing the same thing. I couldn’t hear noises that far away, but it looked like they both were making faces of food pleasure. A sandwich has to be good if both people at the other table ordered the same thing. Ordering the same thing is just wrong. Don’t do this to your loved ones.

Regular people will not have a problem with the above mentioned problems. In the end, all of this is actually not a problem because I have no business eating fried food to begin with. If you think about it, Remedy is doing vegetarians a favor by using the same fryer for meat and seafood and fries. Not catering to my ridiculous fryer needs kept the calories off that day. Being thankful is the right thing to do.

Can we talk about the service? We’ve been to Remedy five or six times this month. Everyone is nice and not one single person sucks at being a server or a bartender. Even when the bartenders are busy they will still small-talk with anyone willing to participate. While trying really hard, I can’t think of a nicer group of bartenders. Maybe there are nicer bartenders in Dallas and chemo fog has blocked my memory. As far as I can recall, the service at Remedy is winning.