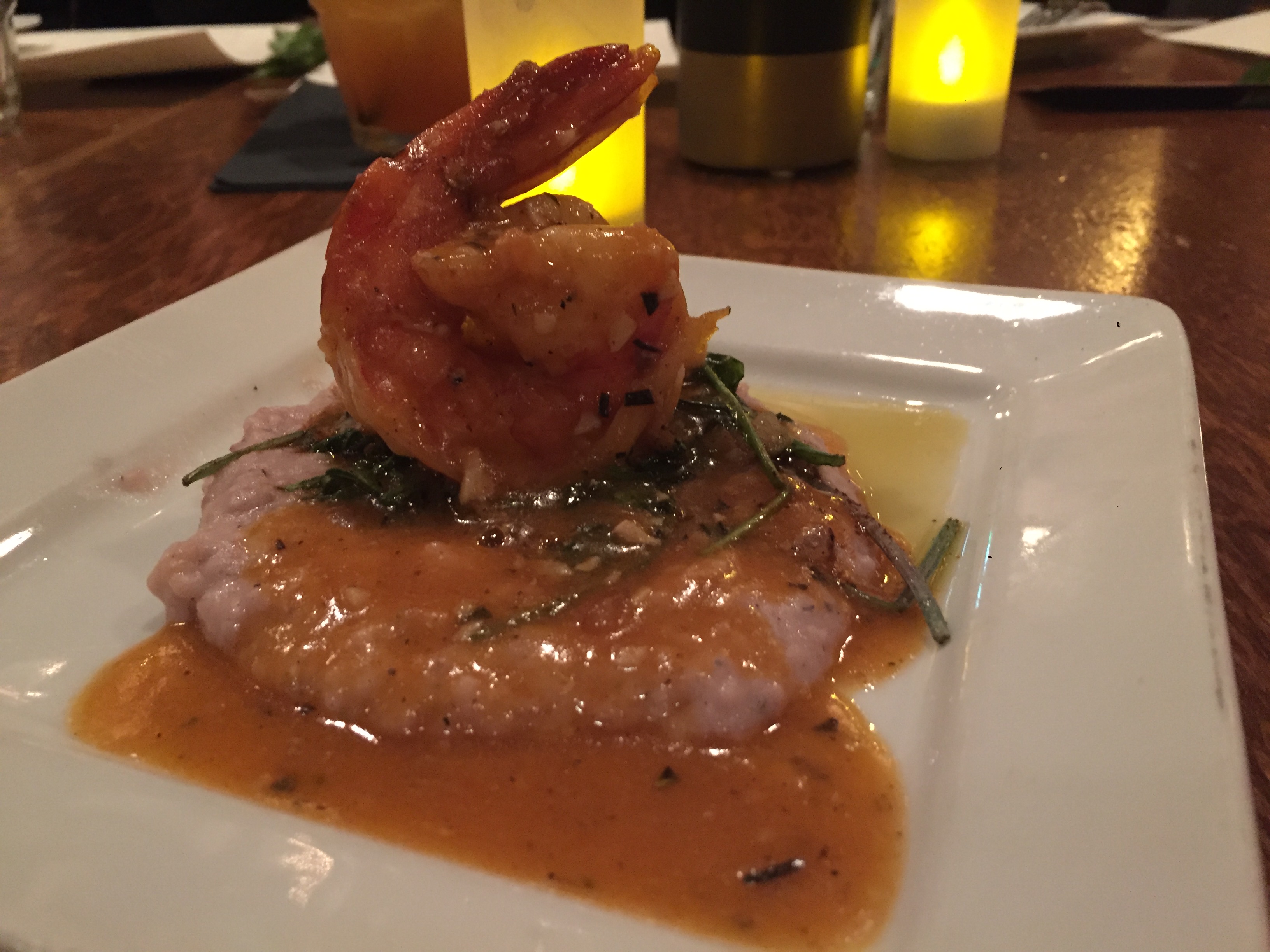 Sundown at Granada introduced their new winter menu to writers this past week. Sitting across the street at Wayward Sons an hour before the tasting began seemed like a great idea.  I quickly violated executive chef Graham Dodds’ privacy by taking a super secret chef picture while he was concentrating on paperwork at the bar.

The time to head over to Sundown at Granada meant being greeted by a hostess with printed name tags for each writer to wear. There wasn’t a name tag for Almost Veggies, so we both decided to move on with our lives while in agreement that a name tag really wasn’t all that important. Name-tag-neglect is probably one of the all-time first world problems a person can have.

Please do not tell anyone, but after every media tasting arrival, the first priority is to quickly browse around the room to spot the least snobby table. This secretly happens— every single time. Clearly what’s being said is that some writers release an aura of snobbery that is as sad as saying goodbye forever. Luckily, most writers are friendly and even say hello on purpose. It’s actually quite amazing. Sitting with this kind of crowd makes the sun shine brighter.

Maybe my aura needs to raise the roof more. If there’s some kind of aura problem surrounding my atmosphere, well, this would have been a terrific New Year’s Resolution. Last year’s resolution was to behave on twitter, which lasted less than one week. Why is it so hard to behave on twitter? This is all so Debbie Downer. Blogger articles all over the internet say it is not a good idea to tell stories about yourself. One article said it is none other than— boring. This information cannot be true.

To say I bombed this tasting would barely be hitting the mark. Without explaining, showing food pictures and speaking highly of Sundown at Granada’s owner is the right thing to do. This was a four-course tasting with two desserts. To make things easier for internet people, a picture of the menu has been pleasantly placed below. Please use a magnifying glass to see each ingredient.

Sundown at Granada is extremely serious about providing healthy food to hungry Dallas people. Everyone should become friends with the owner to simply experience his body oozing passion for organic food. Being around him forces humans to feel healthy even if they love GMOs, pesticides, and chemicals resting on their veggies. This restaurant owner is definitely going to heaven. Having eaten at Sundown at Granada for years, everything they aspire to do always seems to work.