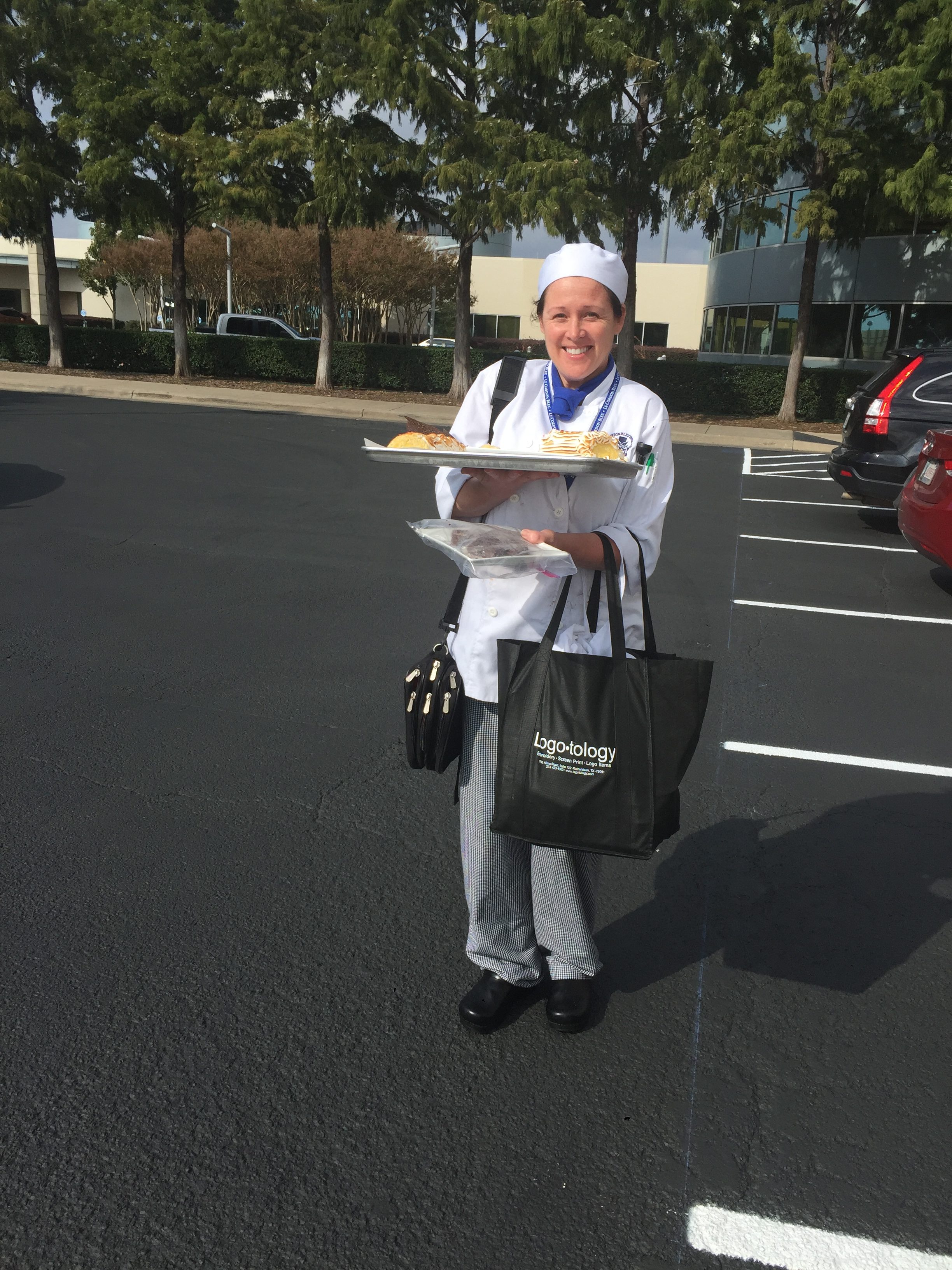 How can the internet people clap loudly when Almost Veggies name is called if they are exhausted from having to stand? My last name doesn’t exactly begin at the beginning of the alphabet. Why does everything have to go in alphabetical order anyway? This kind of rule isn’t fair to the U’s and especially the Z’s. It’s all quite sad really.

Today is the day to order invitations. After retaking Baking & Pastry class to raise my GPA three tenths of a point to reach HONORS status, now the invitation will actually have that glorious word beneath the degree that has been painstakingly earned. Honors is an important word. Six extra weeks of culinary school just to have one word included on an invitation may seem like a first world problem to some people— because it is.

January means wearing a big white hat that looks exactly like the big white hat Le Cordon Bleu chef teachers wear. A real chef coat will be given that has my first and last name embroidered on it. This is crazy talk. Everyone needs to raise the roof at least six times. After raising the roof, please practice clapping loudly. This should be done somewhere other than a library or around sleeping babies. After practicing for hours, prepare to not clap for other students. These students should have asked the internet themselves. Why should I do all the work to have a half decent round of graduation applause? It’s just not right. Yes, they deserve cheers and some clapping from family members, but a standing ovation from internet strangers is reserved for the one student who took a class over to be able to have honors written on invitations.

Since I don’t have the entire internet’s address, you all will not receive an actual invitation. It would be really expensive for all of those stamps. Even my fast pen would not be able to handle writing millions of words. I’m sure you all understand. Besides loudly clapping, maximum whistling, blow horns blowing, and a standing ovation, a mini-chant of “HONORS-HONORS-HONORS” would also be appreciated. See you in January!