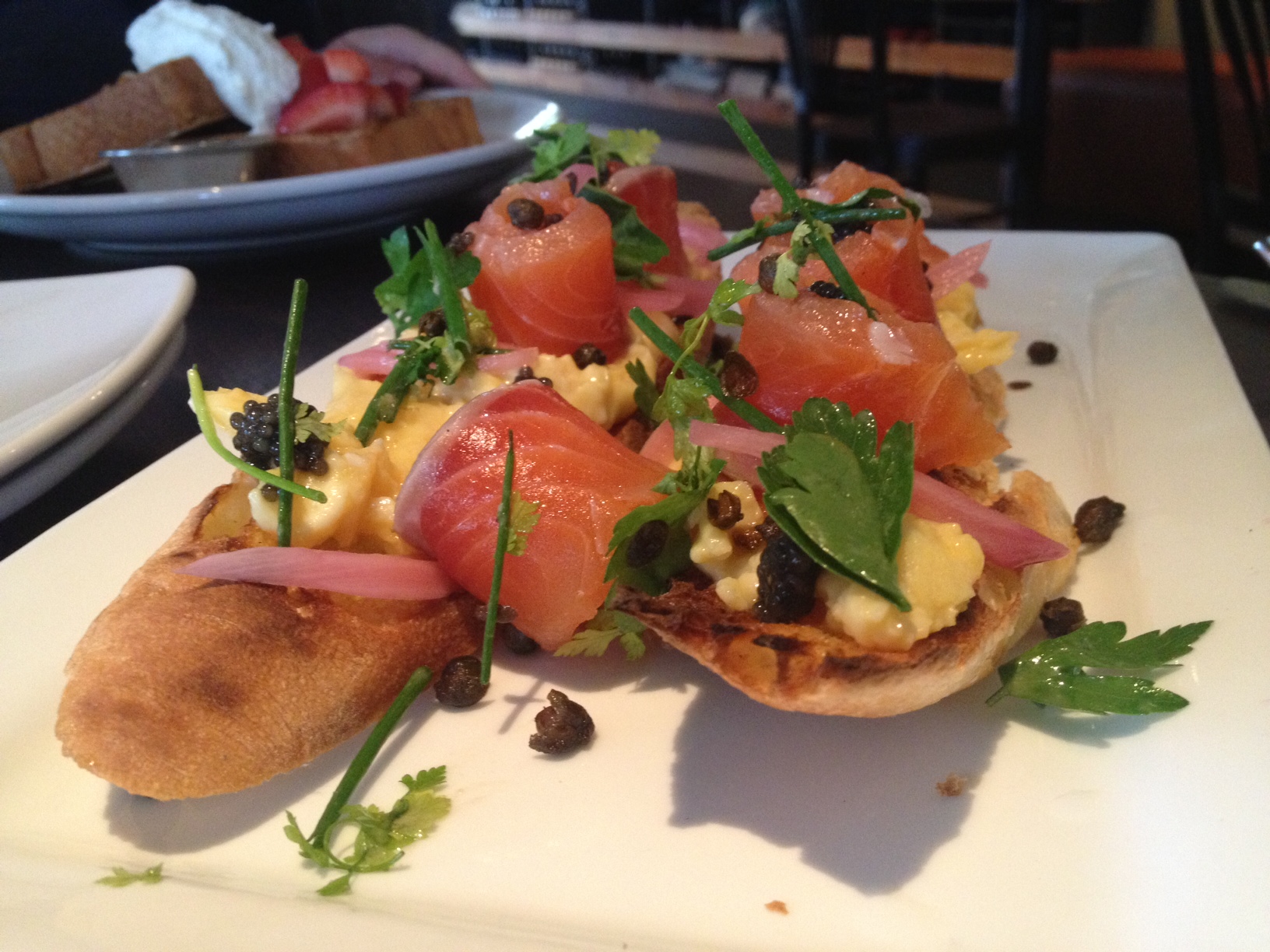 Having only been open a few months, Boulevardier just recently began serving brunch each Sunday from 11am – 3pm. This neighborhood bistro does not release any hoity-toity vibe. Just because it’s French does not mean socialites are going to bulldoze over the regular people. French restaurants usually feel stuffy, but Boulevardier is actually the opposite.

Boulevardier’s owner-executive chef Nathan Tate is not from Paris. A non-French citizen cooking French food is good news because sometimes French chefs need to calm down. Without asking, it has to be fact that all kinds of almost vegetarian people struggle with French cuisine. How could they not? Lardon here– lardon there– It feels like pork is everywhere. This is just something I know. Depending on effort, it is possible to not be violated by pork in any French restaurant.

Asking questions is mandatory. Just because the menu doesn’t list pork, does not mean it isn’t somewhere in some kind of sauce or something. Trust me. Speak up or deal with it. When asking, pay close attention to your server’s facial expression. If your server doesn’t make an I’m-sure-of-this-answer face, it’s time to tighten the reins. Certain servers will answer when they aren’t 100% positive. Do not move on with your life until your server asks the chef.

The soup & salad section of the menu lists three options during brunch. We ordered French onion soup and a salad. The chef prepares the salad using Texas cheese and farm to market greens and produce, which changes periodically. The third choice is a poached farm egg served with arugula, chicken liver, local honey, and house bacon in a mustard vinaigrette. I enjoyed the French onion soup, but couldn’t stop thinking about beef somehow being a part of the process. Yikes. A Tate Farms burger, bahn mi, and croque madame are over in the sandwich section.

My friend and I shared the French toast, which was delicious, and the house-cured lox entree. Even though I’m a fan of seafood, salmon is way down the list of anything I’d purposely order. Who knew lox meant salmon? The taste of salmon is too much almost every time. It never seems to work with what’s going on. Boulevardier’s salmon entree is a totally different experience. Everything about this dish works. Caviar and fluffy scrambled eggs seal the dining deal.

Eleven out of seventeen brunch items have meat listed as an ingredient. Even though every ingredient has a purpose in bringing a dish together, it’s possible to request no bacon on a few. Brunch at Boulevardier is a must, especially for poor people that can’t afford the dinner prices. Entrees range from $8 – $14, minus the $23 steak frites and eggs. Mimosas are only $5, so move it or lose it.