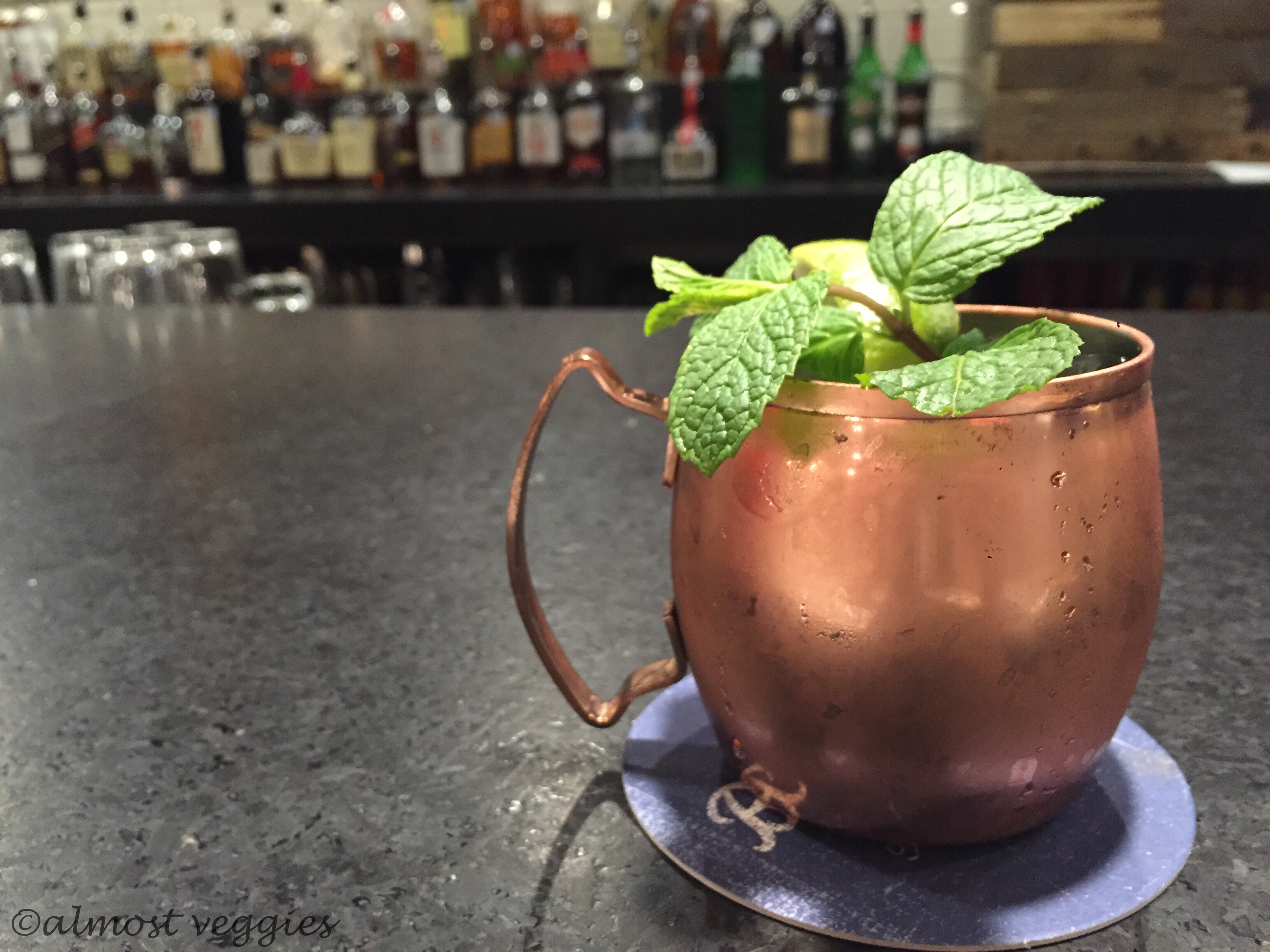 Lakewood Smokehouse’s recently opened restaurant on Abrams Road seems to make tons of people happy or else it wouldn’t have been so busy on a Wednesday. We were invited to check out the menu this past week, which meant conquering the quest to find food for Almost Veggie people at none other than a BBQ place. The first area of a menu that almost always wins has a list of sides. This section is the bomb for those who do not fancy meat.

Before I could get to the glorious side section, suddenly, there were blackened mahi tacos with pineapple slaw listed front and center. What is up with that? News of a mahi taco at a BBQ restaurant is like extra fireworks on the 4th of July when the fireworks show has ended. An eruption of fish feelings were consuming all parts of my brain the second this menu moment became reality. Any sides of complete side joy would now be an extra part in sealing the dining deal.

Each bite meant juices from the blackened mahi tacos were all over the place. It was similar to the messiness of the taco from Fearing’s that makes the world a better place. The taco at Fearing’s has the power to make American citizens forget about the upcoming catastrophic election. Lakewood Smokehouse isn’t selfish with the mahi pleasantly placed on their mahi tacos. There’s no searching for sadly small pieces of fish. There is care, people. Believe this true taco story to the deepest part of your soul.

Other sides for Almost Veggie people are 6 cheese mac & cheese, ranch potato salad, sautéed green beans, fried okra, fresh-cut fries, baked potato, cabernet mushrooms, and cilantro coleslaw. BBQ beans is also a side, but the BBQ part of the beans is a mystery I forgot to solve.

The starter section has fried dill pickles. Really. I went for the smoked salsa & spicy queso, which is the moment we saw our neighbors at another table being served a drink with smoke slowly rising from a jar. This probably should not have excited us as much as it did, but sometimes there’s no controlling a true feel. Ordering this drink while making a video of its delivery was the only option.

The Jalapeno Fire Cracker appetizer is brisket stuffed inside jalapenos, then wrapped in bacon and served with a side of avocado ranch. Rather than recite the entire menu, all internet people are easily a click away from reading it—> here. Lakewood Smokehouse also provides catering for up to 100 people for around $20 per person. The important catering information can be found—> here. Please & thanks.

There’s nothing wrong with Lakewood Smokehouse because my husband would have said something negative. He has always been quiet about things until recently. Now he’s practically a menu waver, which is breaking too many service industry rules to count. He’s a true fan since he returned the very next day for lunch with the entire office. As for this Almost Veggie person, I would definitely run faster than a slow jog to have the blackened mahi tacos again.