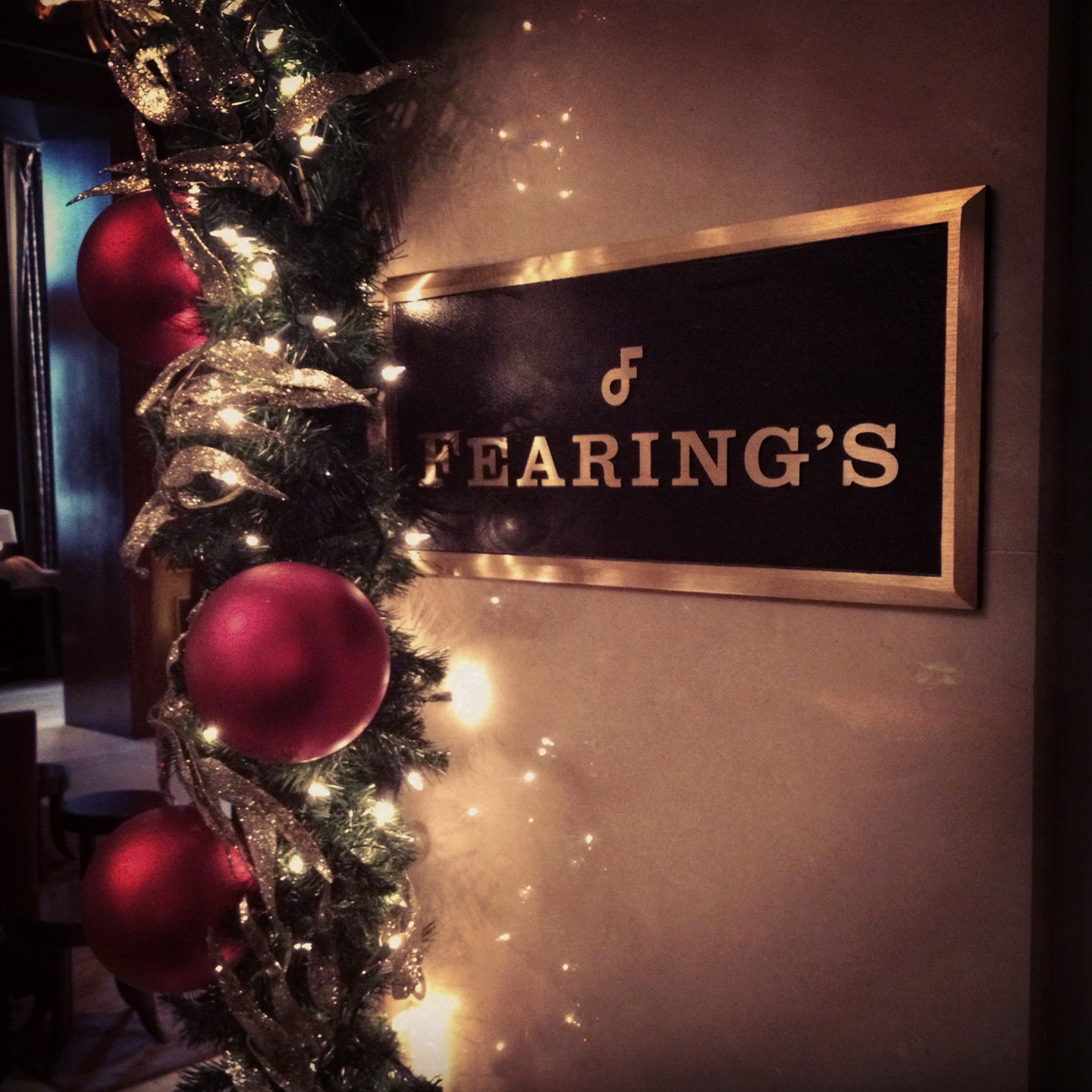 The Ritz-Carlton has the power to make The Four Seasons feel inadequate. Basic people might not know what ritz means. The definition of ritz oozes something luxurious, forcing a person to feel glamorous. Ritz rhymes with glitz. Fearing’s being located inside this building is well above average impressive.

I’m wondering what is up with Fearing’s bar being named Rattlesnake Bar. There’s a natural fear of Fearing’s due to fear being a part of Dean Fearing’s name. Why does he have to make people even more nervous with rattlesnakes? It should be enough that everyone has to pass two scary lion faces just to enter the building.

Fearing’s somehow forgot about old people with health issues wanting to grab a quick drink at the Rattlesnake Bar. I happen to know that old people become nervous easily. Sometimes old people worry on purpose. A random old person might think real rattlesnakes are hiding behind the bar and start hearing an imaginary rattlesnake’s rattler rattle. The Rattlesnake Bar should feel sorry for senior citizens and rattlesnake bite victims. It’s the right thing to do.

A person has to pull up to forced valet at The Ritz-Carlton in order to dine at Fearing’s. This kind of forced valet is a little more acceptable because of the uniforms worn by the valet workers. This outfit has some kind of control over all negative forced valet feelings. Maybe everyone would forget about feeling violated by forced valet if all valet guys were wearing a suit and hat. Valet guys should wear a cape to really seal the deal.

Brunch at Fearing’s has an app, entree, and dessert deal for less than $40. Poor people can afford this if they try. Maybe this price doesn’t feel expensive because The Ritz-Carlton tricks a person’s brain into thinking wealthy thoughts.

All I wanted was to have the longest brunch in the history of long brunches. In order to secure a long brunch, we only gave our app order to the waiter. There’s no way anyone can rush brunch without having the entire order. What we wanted to eat was a secret.

I could see my husband getting stuffed mid appetizer. It was shocking to watch the beginning of the end as all long brunch dreams exited the building. If an appetizer has hollandaise and cheddar cheese biscuits as a part of the process, the game is over. It doesn’t help that we stuffed our faces with free biscuits the second we sat down.

It doesn’t seem possible to make a fish taco this perfect. I have reserved this moment to say Fearing’s has the best fish taco ever. This means I’m a loser if I ever say another fish taco is the best. I love Fearing’s fish taco so much it hurts. To describe getting dirty trying to conquer this taco brings tears. Really. I feel like giving someone a hug. This fish taco is one of the messiest tacos ever. Sauce was dripping all over my hands in the most fantastic way.

Most people probably think fancy restaurants, in hoity-toity hotels, are going to serve tiny portions. Fearing’s is the opposite. This is supposed to be an appetizer. An appetizer is supposed to be small. What is the deal? If Fearing’s keeps slinging gigantic apps all over the place, no one is going to order more. Brunch will be a bust. Not to mention, this kind of portion ruins any plan for a long brunch. Brunch can’t be long if we are stuffed. This is not a first world problem, it’s a nightmare.

I wasn’t completely stuffed after eating the fish tacos. It was more like the most satisfied feeling one could dream of. This feeling would be ruined by an entree and pulverized by dessert. After deep thought and brunch win consideration, we had no choice but to get our check. It doesn’t matter that we didn’t get to have all parts of brunch at Fearing’s. We left with the most beautiful food feeling imaginable. It was like a blast of happiness sent straight to my stomach.