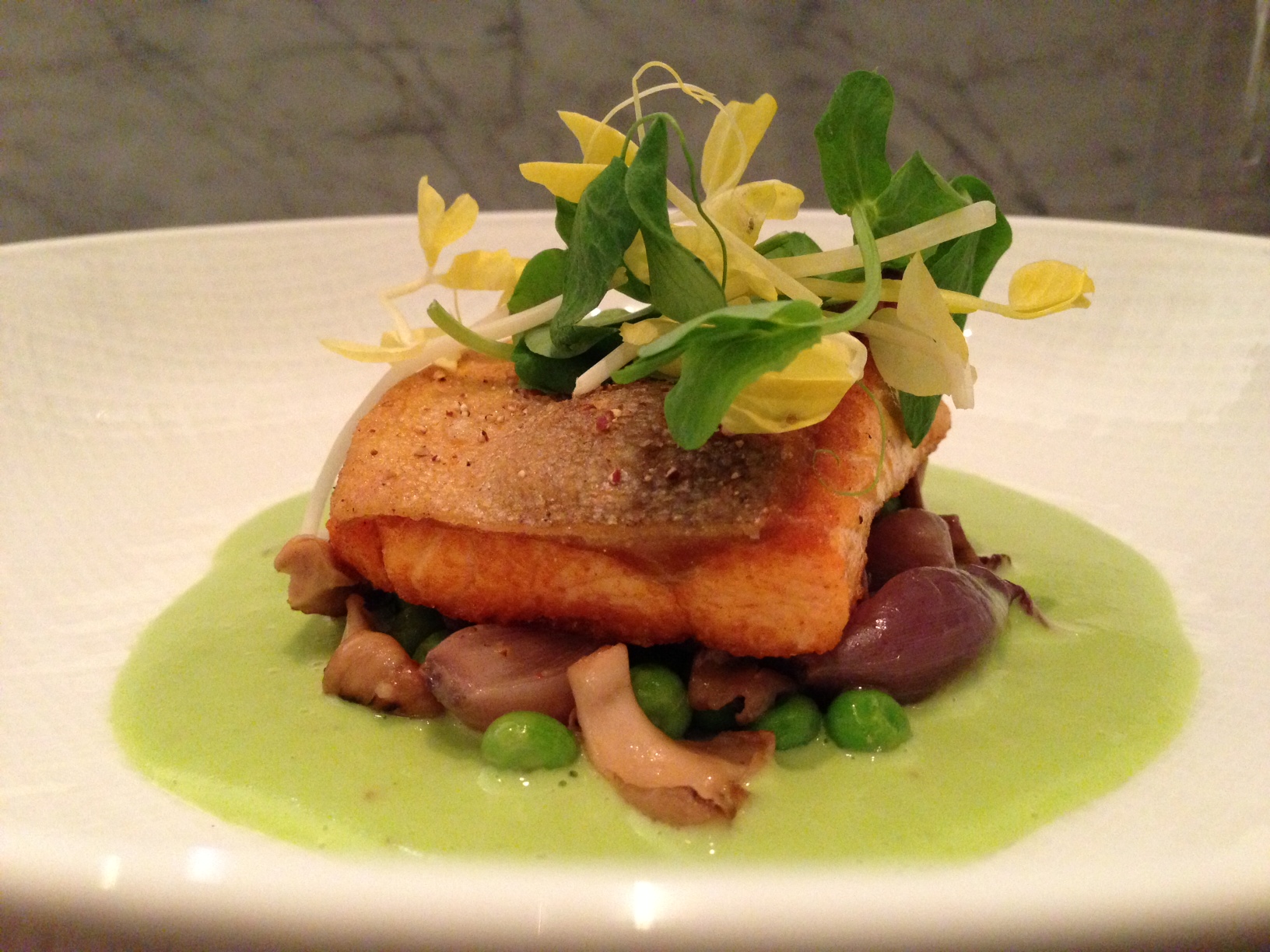 People who don’t like John Tesar need to calm down. Maybe you’re unhappy with yourself. Maybe you don’t know how to express yourself like he does. Maybe someone named John beat you up in 6th grade. None of this is John Tesar’s problem. Since I used to be a Catholic school teacher, this makes me a bully expert. In my bully expert opinion, John Tesar has been bullied by Dallas. No one should pick on a person who shares pickles. It’s just not right.

I really didn’t know much about John Tesar before moving to Dallas. The only thing I knew was that he used to have a restaurant in The Woodlands and has been known to own some kind of bad temper. I kept seeing tweets on twitter about the opening of his new restaurant— Spoon Bar & Kitchen. There were sweet tweets in between non-sweet tweets that dredged up an apparent past. While exciting, is this really necessary? If we all had to relive mistakes over and over and over and over again, wouldn’t that suck? To keep judging a person based on their past actions is as sad as saying goodbye.

When I met John Tesar last week, he was as gentle as a purring kitten. Did he throw a skillet in an attempt to smash my face in? No. Did he scream obscenities in a message-sending effort for me to get lost and die while trying? No. I decided to find out exactly what John Tesar did to be known as the most hated chef in Dallas. Typing in ‘john tesar the most hated chef in dallas’ five minutes ago was scary. He probably says please and thank you, which is an attractive behavior. I’m sure he squeaks out a tear when his tear duct is affected by an emotion he’s dealing with. What more do people want— blood?

I went to Spoon last week promptly at 5:30 pm. There was no way I was going to let Open Table down. While pulling up to non-forced valet, I could see John Tesar approaching the hostess stand. The main reason for this visit to Spoon was to eat a taco. Jose Ralat-Maldonado is a real deal taco writer around town. Since John Tesar is so nice, he honored a heartfelt plea to place a taco on his menu for one night only last week. This made every taco lover in Dallas happy. If John Tesar was really as mean as people say, then he would laugh at tacos. He would growl while pounding his fists into the air yelling, “I will not make a taco for you!” This didn’t happen. Instead, John Tesar smiled and made tacos for everyone. Eating this messy taco was a joyous event. All kinds of ingredients were all over the place. I had tons of taco all over my face and hands as he walked over asking, “How’s your taco?” If John Tesar was hateful, then he would have said, “I hope your taco is the worst taco you’ve ever eaten.” Did he say this? No.

I decided to sit at the bar while waiting for my hard-working husband to arrive. As I opened the menu, choirs from the heavens rejoiced as the tasting menu peacefully waited for me to order. Seafood makes my heart pat-pat-patter in the very best way. My husband was surprised to learn we weren’t just there for tacos. There was no way we were leaving without ordering the tasting menu. Since it would be sad to order the same food, he decided to order something different. We didn’t talk about his clam chowder or the filet & lobster, but he did make faces of food pleasure during each dish.

Dessert arrived soon after experiencing six-courses of dining delight. Spoon’s sweet potato sorbet sits on top of a fried doughnut in toasted coconut anglaise and coffee chip tuille. While I’m a fan of every bite throughout the night, the lobster agnolotti is my favorite course! We were as close to the kitchen as possible during dinner. It was like an undercover operation. Not once did I see John Tesar slap a server. If he wasn’t so busy making the best food in America, then he probably would have walked around hugging people. Fact: Even if you don’t like John Tesar, you’re going to love Spoon Bar & Kitchen.